SpaceCraft's certificate notes “The City of Cambridge and the Cambridge Historical Commission honor this property as an outstanding achievement in historic preservation and on behalf of the people of Cambridge gratefully acknowledge its value in making the City a more attractive and desirable place in which to live and work.” 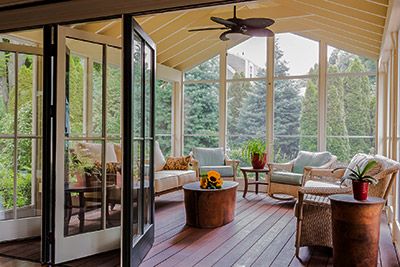 SpaceCraft Architecture has won “Best of Design” on Houzz®, the leading platform for home remodeling and design. Our award was in the Porch category and was chosen by the more than 40 million monthly unique users that comprise the Houzz community from among more than one million active home building, remodeling and design industry professionals.

"The Houzz community selected a phenomenal group of Best of Houzz 2018 award winners, so this year's recipients should be very proud,” said Liza Hausman, Vice President of Industry Marketing at Houzz. “Best of Houzz winners represent some of the most talented and customer-focused professionals in our industry, and we are extremely pleased to give them both this recognition and a platform on which to showcase their expertise." 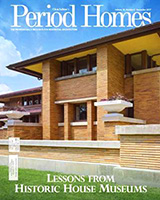 Architectural historian John R. Tschirch contributed an article to Period Homes magazine reviewing the hallmarks of the Federal Style in American architecture. Directly after the Revolutionary War, this style was popular in the new nation as it sought to forge its own post-Colonial identity. “Simple elegance, perfect proportion, classical detail,” Tschirch writes, are the characteristics that defined high-end construction from 1780 to 1820.

The piece covers Federal-style neighborhoods in Salem, MA, Rhode Island, and Charleston, SC, but focuses on Boston’s Beacon Hill. In particular, Tschirch cites the work of Charles Bullfinch who designed the Massachusetts State House as well as a number of distinguished townhouses. To illustrate his points, the article features photos of a Beacon Hill rowhouse completely restored by SpaceCraft Architecture. 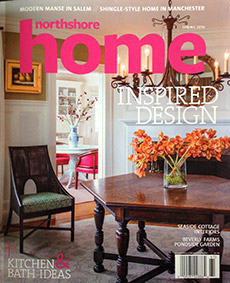 The renovation of an early 1700s Andover home (originally a tavern that once hosted George Washington) is featured in the spring issue of Northshore Home magazine. While boasting some incredible period details, the house was saddled with some major structural faults preventing it from becoming a great family home for modern use. Besides having a tiny kitchen, no mudroom or family room, the house also suffered from ice dams, leaky windows and poor drains. Oh, and like so many old New England structures, there wasn’t a straight wall, ceiling, or floor in sight.

Mark Ratte of Ratte Construction, Sally DeGan of SpaceCraft Architecture, and Deborah Farrand of Dressing Rooms Interior Design collaborated on the large-scale overhaul under the watchful eye of historian Jane Griswold to make sure their work complied with the local Historic District Commission. New walls, ceilings, and floors were constructed within the warped frames. The connected barn was “rededicated” to become the family room with suspended posts and beams. DeGan then designed a spacious, connected kitchen to create an open floor plan for the family’s primary living area.

Reclaimed materials add powerful accents throughout the home. The antique wood range hood, for instance, was constructed from materials once found in the barn’s outhouse. Upstairs, the team left much of the floor plan in place, but transformed an unused back stairwell into a luxurious master bath and closet. The finished product won not only a preservation award from the town, but also the admiration of the homeowners: the blending of historic character and modern function is something “we never could have dreamed of.” 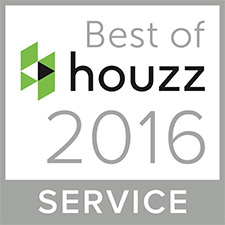 SpaceCraft Architecture of Lexington, Massachusetts has won “Best Of Customer Service” on Houzz®, the leading platform for home remodeling and design. The designer of distinctive homes and country houses across New England for over 15 years was chosen by the more than 35 million monthly unique users that comprise the Houzz community from among more than one million active home building, remodeling and design industry professionals.

“Houzz has become the go-to tool for homeowners looking to transform their living spaces,” said Sally DeGan, principal of SpaceCraft. “In the past, clients would come to us with a stack of pages torn from design magazines to show us what they were thinking. With Houzz, they simply share their Ideabooks, allowing us to quickly and easily collaborate to define the project direction. We are thrilled to be recognized by the Houzz community with this award.” 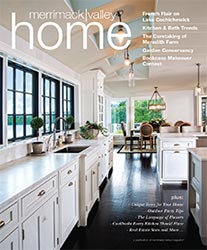 “French Flair on Lake Cochichewick,” the cover story of the Spring 2015 issue of Merrimack Valley Home magazine, covers the SpaceCraft-designed renovation of an historic house in North Andover. The year-long project involved gutting the structure and completely reconfiguring the living spaces to accommodate an active family of two working parents and their five boys.

The design directives were two-fold: (1) function first; and (2) take advantage of the spectacular views of the lake right outside. The dark, confined kitchen was transformed into a bright, airy family hub with abundant cooking space and plenty of seating. To keep sports gear and other clutter out of the flow, the original den of the house was converted into a large mudroom with radiant heat floors, custom built-ins, and lots of storage. And the open-concept, L-shaped floor plan, complete with “help-yourself” bar tucked into a nook of the living room, was designed for the family’s frequent entertaining.

A SpaceCraft-designed kitchen was recently profiled in the September/October issue of Design New England. The project called for the transformation of an historic Colonial to fit the “simple and sleek”' aesthetics of a Scandinavian family moving to the U.S. The challenge was to retain the vintage charm of the house while introducing a more modern touch and functional layout. We recommended the contemporary fixtures and dining table to add contrast and utility to the traditional windows, cabinetry, and beamed ceiling.

SpaceCraft principal Sally DeGan will be one of three featured panel speakers at Design New England’s Fall Salon Series. The theme for the event is “Traditional to Modern: Making New England Home Styles Work for You.” The event will take place at Trefler’s in Newton, MA on September 30 from 5:30 to 8:00pm. The event is free and those interested in attending can register here.

SpaceCraft to Return to “This Old House”®

Culminating a painstaking, five-month process, “This Old House” recently “wrapped” filming on the renovation of Charlestown home. Sally DeGan and SpaceCraft again worked with builder Tom Silva and the whole “This Old House” crew to restore and invigorate a centuries-old structure in a quaint (and tight) urban setting. The series will begin airing on PBS and WGBH in February, 2015. For those wanting to see the home in person, it will be included in The Charlestown Preservation Society’s 2014 Historic House Tour on Saturday, September 20. 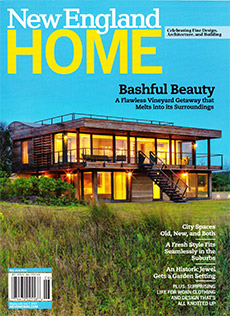 SpaceCraft principal Sally DeGan was quoted extensively in a Special Focus article in New England Home magazine regarding what trends in today's design world are actually substantive changes in the way we view our homes.

“Energy efficiency will lead us away from the Downton Abbey way of living we’ve all been clinging to,” says DeGan. “We still have that model of class in our houses, and we differentiate between private and public spaces. But conventions are breaking down, and we are slowly letting go. Homeowners are beginning to build houses without formal living and dining rooms, for example. The same holds true for formal entries: we are making mudrooms nicer and nicer, and people almost never go to the front door anymore.”

“We haven’t let go of those traditional spaces entirely, but as we become more aware of issues of efficiency and sustainability, we begin to look differently at the way a house functions.”

Watch Sally on “This Old House”®

SpaceCraft Architecture worked with builder Tom Silva on the renovation of an Essex, MA cottage that is being featured on the 33rd season of “This Old House.” The 1,300-sq.-ft. cottage was originally built in 1935 for Irene Hammond, wife of prolific inventor John Hammond. She used the cottage as a retreat from their main residence, Hammond Castle, in West Gloucester.

The Essex project encompasses 11 episodes, airing on PBS and WGBH. 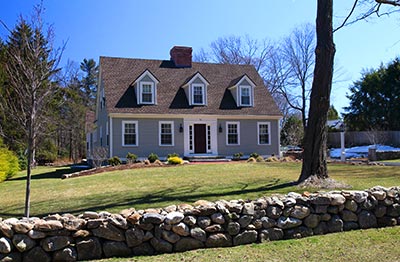 An Andover, MA house designed by SpaceCraft Architecture and built by Ratté Construction has been given an Historic Preservation Award. Presented by the Town of Andover’s Preservation Commission, the Andover Historical Society, and the Ballardvale Historic District Commission, the award recognizes those “who have made significant contributions to preserving the historic and scenic character of our community.” The awards are presented annually in a public ceremony to coincide with National Preservation Month.

This is the second Historic Preservation Award for SpaceCraft and Ratté Construction. They also received the award in 2011 for another Andover residence.